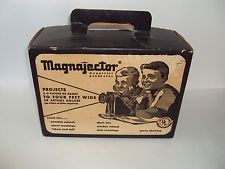 Our Atlanta area NBC affiliate, 11 Alive, has come up with a new marketing plan.  They have dubbed their weather department The Weather Information Zone. It starts off already sounding like the meteorologist has taped off a square on the floor of the studio with black and yellow hazard tape, bringing to mind Johnny Fever opening and closing Les Nessman’s imaginary office door.  This gives me a tiny inner chuckle every time I think about it.

But that wasn’t enough for them.  They had to go and develop a weather rating system, doubtless inspired by the marketing success of the Mellish Meter.  Fine, as a former hay farmer I object to someone trying to sum up the weather with one number, but I can get over it.  I am a city boy now, after all.  Why should they have stopped at the Weather Information Zone? Because the ‘logical’ name for their rating system is the Wizometer.  Yes, boys and girls, someone is publicly reporting on the Wizometer, and it has nothing to do with urine excretion: not quantity, not quality…no pee at all.

Still not enough, though.  The top score on the Wizometer is eleven.  As Enigo Montoya would say,”I do not think it means what they think it means.”  Seriously, what’s the first thing that goes through your mind when I say,”It goes to eleven?”  Did the marketing department never watch Spinal Tap?  Or are they so insular in their thinking that they only see how it applies to them? Every time they say today is an eleven, I laugh at them. (Not charitable, perhaps, but there it is.)

Someone please tell them up their on West Peachtree what’s really going on.  Or don’t; I could use the laughs.

When I was in high school, my grandmother took me to Israel for Christmas. It was the experience of a lifetime in so many ways. One way is that it was the first time that I ever heard bombs. We were taking a tour near Gaza and I said, with no idea that I was right, “Hey, what do you think that is, bombs?”. The bombs were in the distance and there was never any danger to us, but I was visiting in a country where safety was never taken for granted, and, on a different level, I was never able to take that for granted again, either. Bombs that I could hear were a a very real risk to somebody out there along the horizon. Later when I lived on a military base, there were bombing ranges and the windows rattled fairly frequently. I do know what real bombs actually sound like. So, when I say that Saturday morning I was awakened by the thought that I heard bombs, the idea wasn’t pulled from thin air, I had experience to lend validity to my interpretation of the noise. I ran downstairs to turn on the television and see if the news had anything to report. The most threatening report I could find was one on the Weather Channel about severe thunderstorms.

In those few minutes while I was satisfying myself that the risk was natural as opposed to man made, I was thinking through my immediate emergency plan. I have had cause to create several such plans over the years. For hurricanes when I lived on the gulf coast the plan was to leave as soon I was confident that the risk was headed my way, preferably before the evacuation order crowds the evacuation routes. I would take an overnight bag and as many sentimental irreplaceables as can reasonably be taken. If there is an unstoppable fire in my house, the plan is to toss as many valuables out the window as I can before there is a risk to my health, with a preference toward the sentimental irreplaceables and to GET OUT before I am personally in danger. If there were bombs going off here in Marietta, sentimental irreplaceables were not on the list. The list was more survivalist. Weapons, tools, money and camping gear. Not everything that would fit in the car, but everything that I could reasonably gather in the 15 or so minutes I would allow myself to pack.

Since 9-11 there are many more civilians in the US who understand what I felt the day I experienced war within earshot, some on a much more personal, life threatening or life changing level than I. Empathy for those people or for people who have never known anything but war sometimes helps us to cope with our own trials. This is where I see the link to the economy because widespread fear related to our economic times is such an example. We may say that we feel shell shocked, but at the end of the day we know that the metaphor we use is, in fact, a reality for some. There have always been stories of people who live with war and have an unstoppable will to thrive as well as stories of people who seem to have everything to live for and no will to live. Today we are much more likely to know that person rather than simply to have heard about them.

Like my emergency plans for natural and political disaster, I have plans for financial disaster. The the natural and political disaster plans have had no big changes or revelations over the years. The plan that was good for a given situation 20 years ago is still pretty good now. For my financial plans there have been fundamental changes. I feel a bit betrayed because the rules we live by have been broken. All my hard work to make responsible financial decisions only means that I don’t qualify for assistance, only for a piece of the tax burden that will remain after all is said and done. We say that financial institutions are too large to be allowed to fail while encouraging them to buy each other, creating still larger institutions. Each party blames the other and seems to think the situation can be understood in the context of a zero sum game. The people who behaved responsibly while others were caught up in the demise of our economy are seeing a retirement that looks markedly different than the one they prepared for responsibly over a lifetime. All of the hyperbole, blame game and partisanship aside, we are truly rewarding bad behaviour and preserving the institutions that foster the pursuit a quick buck at the cost of tomorrow, at the cost of our children’s future.

What is my financial plan now? Well, until I figure that out, hugs help, and I try very hard to remember that if I smile it is harder for people to see the circles underneath my eyes…and I am thankful that the thunder on the horizon was nothing more.