So, the particulars of the flooring salvage on a technical level were this: You rip off any remaining carpet that has been laid on the floors and then you take off the molding, doors and other things that get in the way. You loose a bunch where you start. You have to rip into the tongue and groove somewhere and that’s where you loose a couple, or more likely several rows. Russ got pretty good at minimal loss. He used a big yellow four-foot heavy-duty wrecking bar. He actually used four of them because the first three bent. Manufacturers have made a fine science of using the minimum resources required in production. With this tool, Stanley missed the mark. It was made for our purpose and he used it properly, but they were consistently not up to the job.

When pulling the wood up, it helps to slide the bar in near the nail if it’s not too tight, and to move down with a gentle sliding motion. The trick is not to pull too high, hard or fast. The mighty oak breaks, and then it’s not such a great salvage product. Russ turned out to be great at it and improved with practice. I pulled nails and moved wood.

In a project like this there are always the unexpected problems. We expected to get the house that we were putting the floors in sooner than we did and when that didn’t happen we stored salvage wood from the first demo house on palates at the lot where our old house had been and wood from the second demo house in a garage at the apartment.

Planning is always a cost saver, regardless of whether you are talking monetary costs or any other kind. With demo houses that were on the block and a reno house that had an unpredictable, even questionable closing date, planning was nigh impossible. I had my hands on each board a minimum of 7 times, so anytime we had to move them again from one place to another, I was thinking and talking about efficiency. I’m pretty sure Russ didn’t want to hear that nearly as often as I brought it up. My natural state is pretty Polyanna, but when I’m stressed my strong analytical side can stick like a thorn.

I mentioned the job being bigger than both of us in the last post, and then left it hanging for six weeks before posting this. The truth is, that for most of the second demo house I was certain that the end result would not be worth the hardship we experienced. Russ got sick working in the house, I don’t know if it was heat, stress, or viral. My uncle was nearing the end of his life, and one thing I had usually been able to do in the past was to spend enough time being around for people I care about at important times. No matter where I was I felt like I should be somewhere else.

The choice to do the floors the way we did wasn’t really unusual for us, so it wasn’t just that we were trying to economize after loosing so much in the fire. We are always frugal, always trying to make something beautiful out of nothing and always trying to make environmentally friendly choices. Respecting the resource and salvaging the mass and energy it represents felt good on a fundamental level, but I wouldn’t be fully forthcoming if I didn’t admit cursing that we made those choices more than once during this project.

Many of the things we bought for the future house at a bargain were not reachable because we had amassed quite a store with precious little space to hold it. Things were stacked on top of things, not always by the same person and not labeled, as they would have been if we had the crystal ball that would have let us know that nothing would happen quickly. We had to buy some things again in a rush and at full price. There was a huge bag of paintbrushes that we found at a thrift store and I believe they were stolen out of our garage one day when we failed to notice that the safety tripped and the door didn’t close. It seems such an odd choice of things to take that I wonder if we lost other things that we haven’t missed yet. The lack of organization brought me to my knees on more than one day. Our plan was to organize early and stay organized, but with the delays in getting the house in the first place, then the delays with cleaning and treating the mess left by the owner, we never were able to get out in front of things.

As soon as we got the sealing and prep done, we installed the flooring on the first floor just as we had acquired it, one piece at a time. We’ll do some “how to” articles to, hopefully, save any readers from our mistakes. Russ rented the sander and we didn’t use it. It was not made for someone his height and we were afraid of failing to get it right while at the same time actually damaging his back. We ended up hiring someone to sand and finish the floors. We were glad that we did. We needed the breather and they turned out beautifully. They even ended up being completed on the same time frame.

I like these floors much better than I would like carpet. I can keep them cleaner. I like to look at them better. I appreciate them. As I accumulate new antiques, they will look like they belong on hard wood floors. A fine antique sitting on wall-to-wall carpet really bothers my eye as being out of place. We couldn’t have made a hardwood choice without the salvage component. It’s just too expensive, and we wouldn’t have been preserving a resource. We wouldn’t have gotten the long 12, 16 and 19 foot boards with new materials either. Those long boards are a nice feature that we really enjoy.

I, we, like everything about having the floors. But then there is the telling question. “Would you do it again?” I don’t know. I highly recommend it for others for all the reasons I’ve mentioned, but also, if for no other reason than as a right of passage, or maybe just to truly understand how hard some people work. You know, walk a mile in someone else’s moccasins.

Our experience was mostly good. We were really getting into the first demo house, but the second one was just plain “grin and bear it” work. Doing it gave us enough wood to probably do our upstairs and I’m not at all sure we could have finished the full first floor if we hadn’t done it, but that second house weighed heavily on us. I’m going to love having these floors and I’m going to be glad we did it. The pleasure of living with the floors that we wanted will last and the memories of the unpleasant parts will fade, but to do it again, I’d probably want a much more controllable situation with less uncertainty and less deadline pressure. I’d want an organized base of operation and I it’s likely that I’d be more comfortable downsizing so the project would be smaller. But then I wanted those things for this project too, so for now, I’m just going to take a deep breath and move on to the next project. 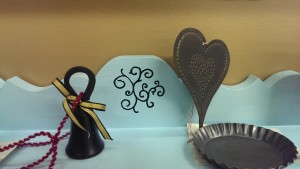 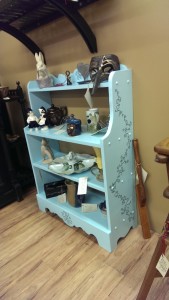